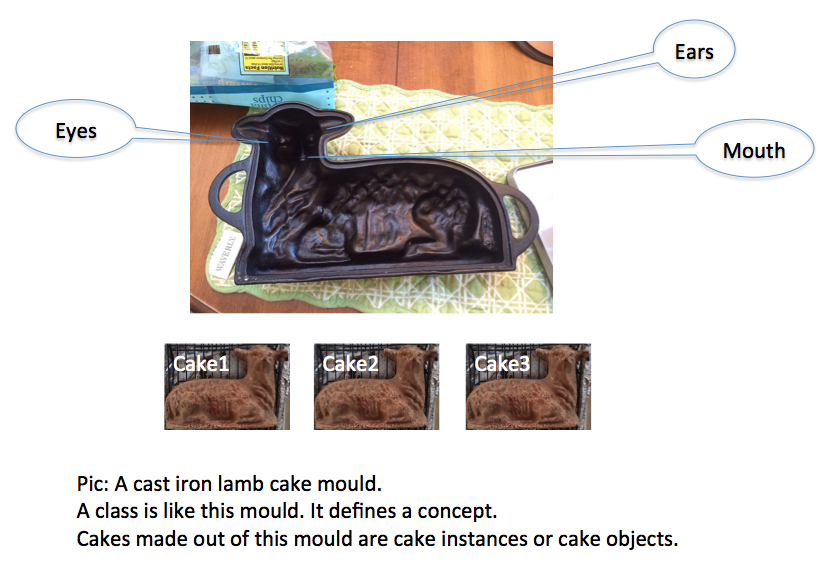 Objects are also called as instances.
In the below sections, let us understand how to create classes and objects in Python.

How to create a class in Python?

A class in python is defined with the keyword class, followed by the class name and a colon.
Any meaningful python class will have the following defined:
A Constructor        - To create and initialise objects
Set of Attributes    - To represent the properties of a class
Set of Methods     - To provide the behaviour of the objects

Definition of a class introduces a new type into the system. Classes are also called as User Defined Types.

In this example, a simple Python class called  MarkerPen is defined.
Inside the class, two attributes of the class called myInkColor, myState are defined. The methods open(), close() and drawLine() are provided.  Defining the method is similar to defining the functions. When functions
are defined for a class they are called methods. In object oriented parlance  a method is also called as the behaviour of an object.

Objects are instances of a class. They are instantiated using one of the constructors defined for a class.

How to call methods on objects in Python?

Once objects are created, methods on those objects can be called using the "." operator.The method invocations below are all, calls to the method drawLine() on the created Objects.

Here is the complete example program in Python involving classes and objects. This program,

The first two lines of the output shows the state of the object printed through printState() Method.
The third line shows a line printed from the drawLine() method - which represents the behaviour of the object.